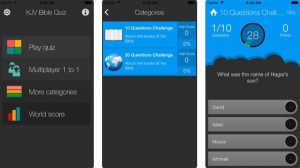 There are KJV Bible Trivia Games that will make you Think, Enjoy and Learn a Lot about God’s Word in the App Stores

Are you an avid mobile gamer? Do you prefer challenging games over standard first person or ‘shoot-em up’ style of games? Well, look no further because Play The Bible is the perfect mobile puzzle game for you! This mobile game app has the KJV Bible trivia games that you can find and if you’re looking for something to challenge your cognitive abilities, then Play The Bible won’t disappoint you. Play tile puzzle games where you match tile colors and complete Bible verses at the same time! Unlock special skills and bonuses as you progress in the game. Join multiplayer

sessions of create your own and invite friends to join. The game has so many gaming style options it will never let you down!

While we do not deny that the driving motive behind every mobile app creator is market share and profits, our Play The Bible game has a more virtuous goal. That’s because we’re using this as a tool for evangelism and the true purpose of the game is bring people closer to Jesus in order to save their souls. RD Games still do compete for market share, but only to help it sustain its presence in the app stores, as you may already know that although these interactive Bible games for kids are free to use, they actually cost money to develop and maintain.

What the game developers are doing is simply a modern form of evangelism and is catered to the new generation who are not generally interested in pious religious topics, which has been stereotyped by the mainstream society. But the game itself is undeniably fun to play with for hours at a time! It’s guaranteed to relieve your melancholy or boredom and http://hometownheroesrun.com/lib/problem-solving-in-foundation-engineering-using-foundation-pro will keep you entertained as you learn new things about God’s word through the KJV Bible trivia games in it.

Looking into CNET’s Top 45 Mobile Games we’ve estimated that there are between 3-5 games on this list that is comparable to Play The Bible in terms of game quality and value. The game’s graphics is pretty decent and can be compared to that of Ingress and Pokemon Go. The gameplay experience is similar to Hocus, Threes and Human Resource Machine, but it has spiritual and moral value in it that all the other games does not have. In that respect Play The Bible should be ranked in the top 10 best mobile game apps!

It’s almost hard to believe that something that was made to have the KJV Bible trivia games in it would be as edgy and competitive with popular mobile games like Rules of Survival and Lara Croft Go. While it may not be as visually spectacular as other top tier games it will definitely stimulate your brain and will make you smarter and an efficient 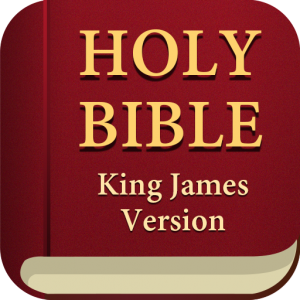 Because Christianity and other religions have been stereotyped and are made fun of these days, most Christians are now afraid to share their faith to other people even if it had changed their lives and transformed them into the best versions of themselves. Critics often choose to ridicule Christians more than evaluating the positive effects of the Bible made to them, simply because they focus on the discrepancies in the Bible. Now that these children’s Bible games online free have been made available for free to everyone, Christians can simply share the game to their friends and let the Spirit of the Lord guide the user to salvation.

The game will share the Gospel to the players without them noticing it!

This may seem unconventional and seemingly almost not the Christian way of doing things, but it doesn’t mean that you do not assume responsibility each time you tell your friends about Play The Bible. Sometimes Christians are not as wise or articulate as Jesus, the apostles or other big figures in the Christian faith, but the Bible is the word of God and it contains all the wisdom necessary to bring a lost soul to Christ. More over Matthew 10:20 says http://mccallsnurseries.com/?publisher=localcom_rbl “for it will not be you speaking, but the Spirit of your Father speaking through you.” And therefore it is acceptable to share the Gospel in the form of these KJV Bible trivia games on Android/Apple devices.

The single player mode of Play The Bible will help you get acquainted with Bible passages and at this stage you’ll only need to be careful with the number of moves you’ll make on matching the tiles. It’s exciting to play and as you get the hang of it, you will progress in the game with almost minimum difficulty; however, joining or creating a multiplayer session will up the ante a little bit. As you enter the multiplayer gameplay you will be competing with other players from all over the world who are either as well versed or exceptionally good at the Bible more than you are. So you’re going to have to put in more effort to win in the KJV Bible trivia games. 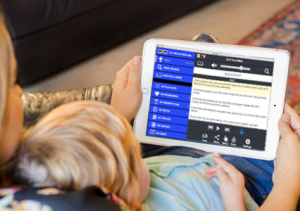 and rewards. There is also a leader board where you can view global rankings. Normally it is expected that the players would be excited to see their name on the top of the leader board. They’ll definitely enjoy easy bible trivia questions with Play The Bible!

All in all the Play The Bible game experience is nothing less than amazing. You will constantly be challenged in every level of the game, so you won’t feel the game being redundant or boring in any way. By level 3 or 4 you’ll inevitably be hooked to the KJV Bible trivia games and keep it on your phone or tablet, which you will constantly go back to and enjoy playing it day after day.