John the Baptist – The Herald of Christ 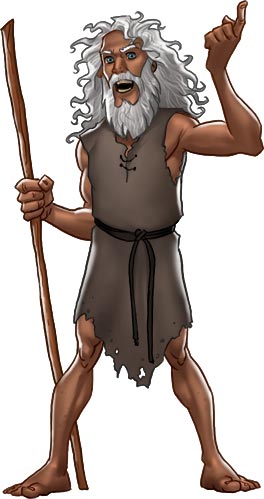 John the Baptist is considered the Bible’s last prophet. He was the one chosen to prepare the way of the coming of Jesus Christ. He preached about the good news for people to turn from their sins and be baptized. Jesus himself called him “the greatest of men”.

The parents of John the Baptist were Zacharias and Elizabeth, a couple both from the descendants of Aaron. Elizabeth had been barren, but one day the angel Gabriel appeared before Zacharias telling him that his wife would bear a child in her old age, and they should name him John. He would be brought into the world for a special purpose. John’s father Zechariah was struck dumb and could not speak because he did not believe the angel’s words. During Elizabeth’s pregnancy, she was visited by her cousin Mary, the future mother of Jesus Christ. When Mary greeted Elizabeth, the baby inside Elizabeth leapt for joy at the sound of Mary’s voice.

John, dressed in a camel’s hair garment and a leather belt, preached against the evils of the time, telling everyone he could to turn from their sins, repent and be baptized. John the Baptist concentrated most of his works on the banks of the Jordan River. He talked about the coming of God’s son, the Messiah, and baptized many people, thus, earning the name John the Baptist.

By the time Jesus was ready to start his public ministry, it was John who baptized Jesus in the Jordan River. Those present witnessed the Holy Spirit descend upon Jesus. John then pointed all his followers to follow Jesus.

As Jesus left for Galilee, John stayed and continued his preaching in the Jordan Valley. He was a man of firm conviction. He condemned King Herod for marrying his brother’s wife, Herodias, and as a result, he was put in jail. Now Herod had a birthday party for himself and invited dignitaries from all over the kingdom. His wife’s daughter came in and danced for them and they were pleased. In the euphoria, King Herod promised to grant her anything she wanted. Having been prompted by her mother, who still held a grudge against John, she demanded the head of John the Baptist. Herod was deeply distressed over this request because he liked to listen to John, but he had made a promise, and as such, gave the order to have John the Baptist beheaded.