Job the Righteous Before Salvation was Required 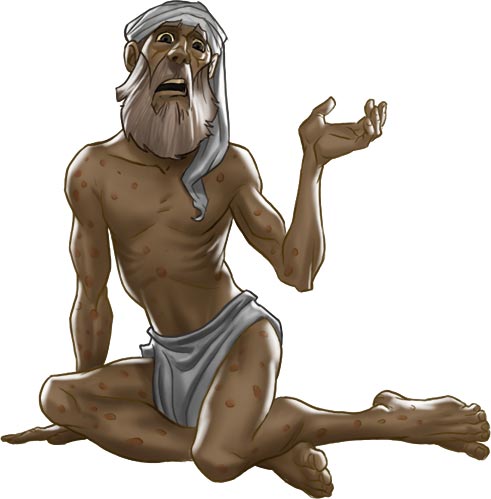 The book of Job is known as the oldest written book in the Bible. Job the righteous man of God had three friends: Eliphaz the Temanite, Bildah the Shuhite and Zophar the Naamathite. The Bible also mentions Elihu the Buzite, who berated Job and his friends.

Job was a very wealthy, good and blameless man. He lived in Uz with his wife, seven sons, and three daughters. He had wealth and blessings of every kind imaginable. He was said to be the greatest man in the East. But just like his riches, his love for God was immense.

God mentioned Job’s unwavering faith to Satan. But Satan was not convinced. He felt Job only worshipped God because he was affluent and had a good life. So, God told Satan he could take everything from Job. Satan did so to test Job’s faith. He took almost everything Job the righteous man of God had – his children, properties, and even his health. He still had his wife. Job struggled to understand his situation. His wife told him to curse God and die. Job’s friends felt that Job must have done something to deserve what was happening. But despite everything that happened and the advice given to Job from everyone, Job never blamed God. Job continued to worship God more and remained faithful.

“Then Job arose and tore his robe and shaved his head. He fell on the ground and worshipped, and he said, ‘Naked I came from my mother’s womb, and naked shall I return. The LORD gave, and the LORD has taken away; blessed be the name of the LORD.’ In all this, Job did not sin or charge God with wrong.” (Job 1:20-22)

Because of Job’s unwavering faith, God blessed him with twice what he had before. God restored Job’s health and gave him seven more sons and three more daughters, after which he had 20 children in all. After his misfortunes, Job the righteous man of God continued to praise God and made use of his riches well. Job lived for 140 years and died of old age.