Jesus the Lion of Judah and Savior of Mankind 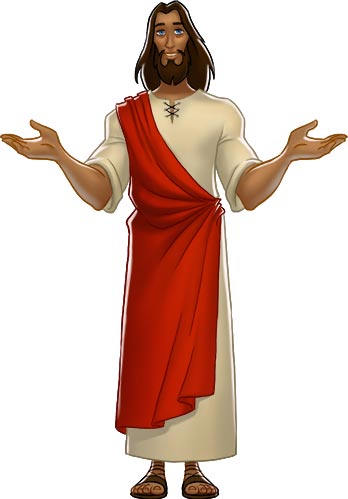 Jesus has many wonderful and mighty names in the Bible, the Son of God, Son of Man, Savior, Healer, Gentle Teacher, Wise Prophet and more, but perhaps He should be best called, Jesus the Lion of Judah, because when He comes back His power will shake the very universe itself! Jesus was the son of Mary, a virgin who was engaged to Joseph. He was born around 6 BC in Bethlehem, during the reign of King Herod. His life is told through the Canonical Gospels of the New Testament Bible. There is little known of his early life, but there was an incident best known when Jesus was still young. At 12 years old, Jesus accompanied his parents on a pilgrimage to Bethlehem and got separated. Several days later he was found in a temple, having discussions with Temple elders.

At age 30, Jesus began His ministry and was baptized by John the Baptist, His cousin. At that time, a voice from heaven was heard saying, “This is my son in whom I am well pleased” and the spirit of God decended upon Jesus like dove. Thereafter, Jesus started his ministry together with His disciples. They went mostly to Galilee, preaching about repentance and faith, as Jesus performed miracles, healed the sick, and numerous others. He is also called Jesus the Lion of Judah, because he is the Son of God and his lineage can be traced back to Judah son of Jacob.

The first recorded miracle of Jesus was turning water into wine when, together with his mother Mary, they attended a wedding feast in Cana, Galilee. As Jesus and His disciples continued preaching, more people followed Him and declared Him the long anticipated Jewish Messiah and referred to Jesus as the son of David because of his related family lineage, fulfilling prophecy as recorded by prophets of the Old Testament of the Bible. The priests and Pharisees were threatened by the growing influence and popularity of Jesus, and they feared the people’s support for Jesus. They sought to find a way to stop Jesus and his growing influcence, which was difficult, because no one could easily question the validity of so many recorded miracles he performed by healing the lame and the sick, as well as rising the dead to life.

A week before Passover, Jesus the Lion of Judah arrived in Jerusalem where many people welcomed Him. He continued His works and continued to share wise and powerful parables, while explaining his teachings. Meanwhile, the high priests and Pharisees met privately to plan the arrest of Jesus. One of Jesus’ disciples, Judas Iscariot, met with the high priests and offered to betray Jesus in exchange for 30 pieces of silver.

Approximately 3 years after Jesus the Lion of Judah began his ministry, Jesus met with His disciples at the Passover meal, when He told them in advance about the coming days – His betrayal by one of the disciples, denial by Peter of Him three times, and details about His anticipated death and resurrection. Thereafter, when Jesus and His disciples went to the Garden of Gethsemane to pray, Jesus was arrested by soldiers and officials after Judas identified Jesus with a kiss on the cheek. Jesus was taken before the high priests where He was interrogated, mocked, flogged and beaten severely for proclaiming that He was the Son of God. Meanwhile, Peter denied Jesus the Lion of Judah after he was questioned by three house servants as Jesus had earlier predicted. After the last denial, a rooster crowed and as Jesus then looked at him, Peter bowed his head and wept remembering what Jesus had told him. Judas had regrets about his participation in the capture of Jesus and tried to return the 30 pieces of silver before committing suicide by hanging himself.

The next day, after Jesus the Lion of Judah was further mocked, flogged, beaten and condemned, Pontius Pilate ordered the crucifixion of Jesus. He then washed his hands and proclaimed that he had no responsibility for what would happen with Jesus, and that his order was only to satisfy the Jewish leaders of the time. Jesus was then further beaten and whipped by Roman soldiers, who placed a crown of thorns on his head as they continued to mock him and cause severe physical harm to him. Jesus was then led to Mount Calvary while carrying His cross. At Mount Calvary, He was crucified along with two thieves, one on His left and the other on His right. The Gospels describe numerous events which occured during the last hours as he was crucified, including continued mocking by soldiers and the crowd, His agony and final words. Upon His death, the sky darkened, and immediately, the temple curtain was torn in two.

Jesus was buried in a nearby tomb. On first day of the next week at the tomb, when Mary Magdalene, Mary, the mother of James and other women had returned with spices to anoint his dead body, two angels appeared asking why the women were looking for the living among the dead, indicating that Jesus the Lion of Judah had been resurrected and was alive. These women informed the disciples of what had happened, but at first, they did not believe. Thereafter, Jesus appeared before the disciples and more than 500 of the brothers at the same time. Jesus told his disciples to continue preaching the good news. Then Jesus led them to an area in Bethany, where He spoke His final words and the Holy Spirit descended upon the disciples, as Jesus ascended into heaven.